31. Risk vs. Benefit and the Best of Intentions

The motives of advocates on both sides of this issue are pure, and are not driven primarily by greed nor generic financial interests.

The above, somewhat grossly simplified, Unverified Assumption (UVA for short) is simply for the purposes of this discussion. Independently exploring the frequency of the truth of this assumption for each side would make for an excellent homework assignment for anyone that happens to read this post, and could possibly be the subject of future postings here. Determining the accuracy of the assumption is far from an easily-completed task, particularly in cases of either undisclosed motivations or sources of funding (emphasis fully intended).

Aside: If you don’t mind thinking with an open mind and would be interested in exploring some thoughts about some possibilities for some of these undisclosed items from people fighting against Nuclear Power, I would recommend reading some of Rod Adams’ “Smoking Guns” series of posts as a starting point. I would not recommend accepting any of Rod's theories without critical thinking, but I don't think they should immediately be dismissed without a fair amount of further thought.
/End Aside

So, assuming that both Pro-Nuclear Advocates and Anti-Nuclear Crusaders are each driven by “pure” motives, what are the primary arguments forming the basic building blocks that each side stands upon? 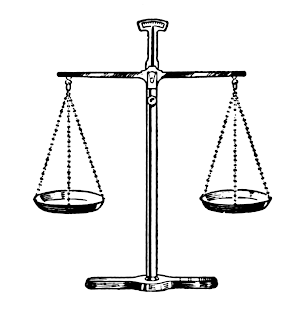 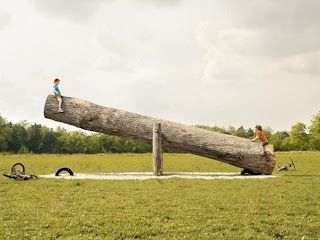 The oversimplified position of Pro-nuclear Advocates (such as myself) is that the Benefits side of the ledger outweighs the Risks side (by a significant amount, in my case).

The oversimplified position of Anti-nuclear Crusaders is that the Risk side outweighs the Benefits, and one would have to think that the staunchest of those Crusaders think that the margin is widely in their favor.

For an example of the benefit of Abundant Energy, I present this excellent video that has completely no mention of nuclear power. In case you aren't able to watch it at the time of reading, the video shows the progression of all the countries of the world's average wealth and average life expectancy from the year 1810 to the present. Based on the years that I have studied and given deep thought to energy-related issues and on my knowledge of the progression of energy sources that have been at our disposal, I couldn't help but watch the upward progression of both wealth and life expectancy over the past 202 years and note that the upward progression correlates essentially perfectly to people gaining more and more access to increasingly dense sources of energy at their command.

I highly recommend reading this post regarding human ingenuity that has been one of the most pivotal influences in my thinking regarding the issue of our need for nuclear power.


Recently, I was referred to on Twitter as a “Nuke True Believer” and a dreamer. I take NO offense to either term. I still believe in the future. I have spent a considerable amount of time thinking about the limited nature of fossil fuel resources in comparison to the "for all intents and purposes inexhaustible" nature of fission fuels, once Generation IV designs are ready to be built (which is admittedly, probably 9-14 years away). I watched as increasing gasoline costs provided the needle that burst the housing bubble in 2008. Without greatly increasing the amount of energy utilized from fission fuels, I see practically no way that the 2 Billion people in world presently lacking access to electricity will be able to move to that upper right quadrant in the video above.

Given the simplifying UVA at the beginning of this post, Anti-Nuclear Crusaders must truly believe that the risks of nuclear power generation outweigh the benefits.

Do I think that Nuclear Power Generation is a completely risk-free endeavor? Absolutely not, but neither is virtually anything on this planet we call Earth. Not to be callous, but the eventual death rate of people here on Earth is a rather staggeringly high 100%. Yes, Chernobyl was a horrific occurrence. Yes, the Earthquake and Tsunami in Northeast Japan were also terrible. Avoiding the areas of highest contamination that resulted from both of these occurrences is the right thing to do. I don't really see any major points of disagreement between either Pro or Anti-nuclear people on the relative scale of these incidents (outside of one particular piece of work, which may have been rather short on usage of the scientific method).

From my vantage-point, however, the major point of disagreement in regards to the risks of Nuclear power result from views regarding to the risks of lower levels of radiation. Much of the rhetoric that is the primary tool I have seen used by Anti-Nuclear Crusaders to convey their conclusion of weighing the Risks vs. Benefits is based on the use of adjectives that attempt to give the impression that any single ionization caused by radiation will absolutely cause a cancer. This is simply not the case. Whether the LNT hypothesis is true or not, at low enough doses of radiation, the increased cancer risk incurred from very low radiation doses is grossly outweighed by the numerous other cancer risk factors that we are faced with in our normal every day lives.

It may go without saying, but I have arrived at my position of being a Pro-Nuclear Advocate based on my weighing of these factors.
Posted by EntrepreNuke at 2:12 AM 1 comment:

In addition to being something of a folk hero, "Johnny Appleseed" was an actual real-life pioneer who lived in the early days of America's existence. His actual name was John Chapman. American school children grow up learning that Johnny Appleseed traveled the American country-side in the pioneer days, planting apple seeds (or at least they learned that back in the late-1980's and early-1990's). 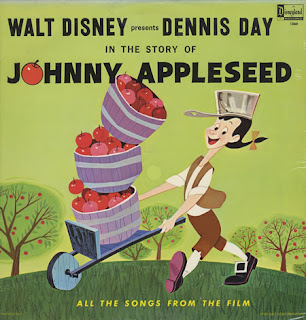 Depiction of Johnny Appleseed: If anyone has free time to create a Johnny Atomicseed logo, please do

So, I know you are asking "What does Johnny Appleseed have to do with Peaceful Atomic Energy?"


Nuclear power is an investment in future generations. It is an investment in technological progression. To oppose nuclear power is to be in favor of either a large amount of increasing combustion to meet energy needs or "Endarkenment" (Also: in favor of additional deaths in comparison to alternative means of cost-effective, reliable generation according to this recent study).

Like planting apple trees (or other fruit trees), building nuclear power plants is not an investment that pays off in the short-term. It is a long-term investment that provides benefits further into the future. You can't bake an apple pie next month from apples grown on a tree you decide to plant in your yard today. However, if you do decide to plant an apple tree today, 10 years or so from now (depending on many factors), you should have the benefit of some home-grown apples.

Nuclear power is not conducive to a mere quarterly financials-style outlook, which is far too common the default in today's society.

"How does building new nuclear plants pay off?" you ask.

By providing the lowest life-cycle cost of electricity generation.

Even considering the massive investment outlay of roughly $14 Billion for the 2 new Westinghouse AP1000's being installed at Vogtle near Augusta, GA, the total life cycle cost of the electricity is estimated to be up to $4 Billion less than the next best generation option. The reason that number is uncertain and requires the words "up to" in front of the $4 Billion is primarily due to the volatility and future uncertainty of natural gas prices. From March of 2012 to March of 2013, the Henry Hub spot price of natural gas fully doubled from a low of under $2.00/MMBtu to over $4.00/MMBtu within the past few weeks.

For a similar real-world lowest-cost estimate, FPL/NextEra Energy estimates (per this fact sheet) that their Extended Power Uprate (EPU) projects at St. Lucie and Turkey Point would save their customers approximately $3.8 Billion for the time period of the remaining life of the 4 Units in comparison to other generating options.

Feel free to question these numbers from both Southern Company and FPL, but these 2 utilities are required to testify in front of public service commissions to justify that their costs for adding this new generation are reasonable and prudent, and they wouldn't have undertaken these projects if they didn't trust their own math.

The same FPL fact sheet linked above mentions that 2 new AP1000's at Turkey Point (Units 6 and 7) would save customers $58 Billion over their operational lifetimes. That even almost sounds absurd to me right off hand before giving it much thought. If you actually stop to consider that 2 AP1000's will generate 1100 MWe each, should be fully capable of operating for 60-80 years, and that the residential price of electricity in the presently nuclear generation-free Los Angeles area is about $0.23/kW-hr, the $58 Billion savings number starts to actually make a decent amount of sense. Would anyone want to sell me any natural gas futures with a 2030 delivery date at even $6.00/MMBtu?

Even further into the future

So far, I have only referred to conventional Gen II and III light water reactors (LWRs). Plenty of potential exists in the future for Generation IV reactor designs with many, many improvements over Gen II and III designs, particular in terms of the utilization of natural Uranium. Nuclear power being allowed to continue to progress will "plant seeds" for future generations to properly utilize the naturally-occurring 0.7% of Uranium that is fissile U-235 to be the seeds for virtually unlimited power by way of breeding fertile Thorium and the 99.3% of natural Uranium that is U-238, while reducing other potential impacts to levels below even the minuscule impacts of the present generation of light water reactors.

Nuclear power is an investment in the future. From my viewpoint of knowing a great deal about it, and about its potential for even further future improvements, I think nuclear power is THE investment in the world's future. A new nuclear power project started today won't pay dividends next quarter, but over the next 60-100 years, it will help make the world a better place by helping more people get close to a situation of having Energy Abundance.


Disclaimer: I did notice when I Googled the terms "Johnny Appleseed" and nuclear, that A.Q. Khan popped up several times with people calling him a nuclear Johnny Appleseed due to his role in past weapons proliferation, but that was not even close to the point of my post. Here at Entreprenuclear, I prefer to stick to talking about the benefits of peaceful atomic energy. So, I will
Posted by EntrepreNuke at 1:20 AM 3 comments: