I haven't posted a new blog in a long time. Sorry about that. Here are my lame excuses. Since December, I have had 2 interstate moves as well as changed jobs (don't worry, still working in nuclear power). I think the main factor in ending this hiatus is that I have actually gone for a few runs in the past few days.

I will try to keep this short, so I will simply post a few semi-related things that I came across today.

First, some very good news by way of what in my humble opinion is a very, very beautiful picture. 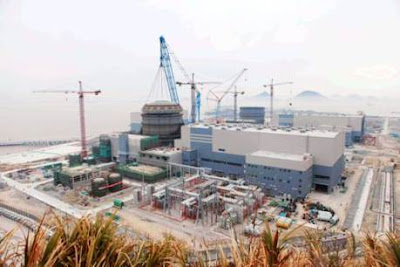 What is going on in that picture you might ask? Well, the top of the containment dome of Sanmen Unit 1 in China is being put into place. That is the WORLD's very FIRST AP1000 reactor, which is the same type of reactor that Units 3 and 4 at Vogtle, Units 2 and 3 at VC Summer, and someday Units 6 and 7 at Turkey Point will be. This is very good news. Thanks to World Nuclear News for posting the picture and this writeup. 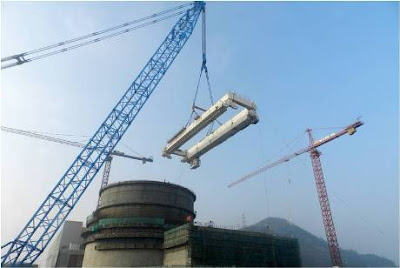 The plant's polar crane was put into place about a week ago, which obviously needed to be completed prior to putting the top of the containment dome into place. The plant should enter commercial operation fairly early next year (2014).

So, how important is it for China to be getting so close to completing this nuclear reactor? Check out today's post from the Energy Information Administration. Coal consumption since 2000 worldwide, excluding China's growth, has only increased by 1%. But 2.3 billion of today's entire consumption of 8.1 billion tons has come from Chinese growth since merely 2000. China isn't going to slow their economic growth simply to meet any emissions targets. The only thing that can slow down China's increasing consumption of coal is for China to finish building more and more nuclear power plants. 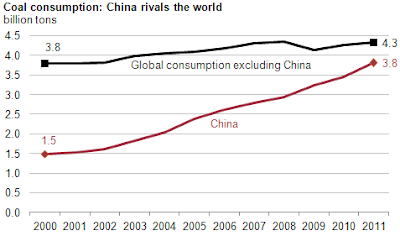 Luckily, that is their plan with the 4 AP1000's they presently have under construction and their future plans to modify the AP1000 design into their own CAP1400. Here is a link to the English version of China's State Nuclear Power Technology Corporation website.


Update, 2 better pictures from China, thanks to the AP1000 Facebook Page (Entreprenuclear also has a Facebook page): 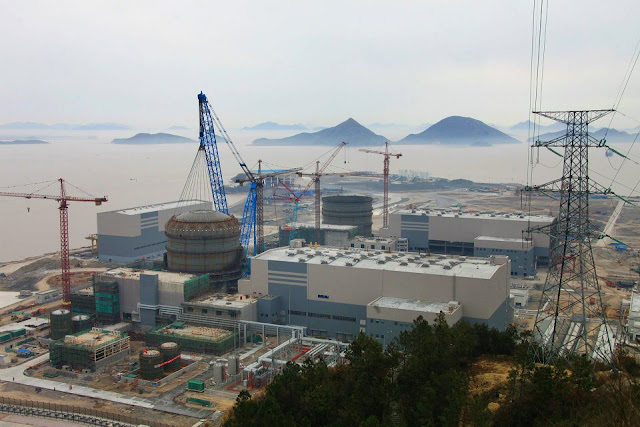 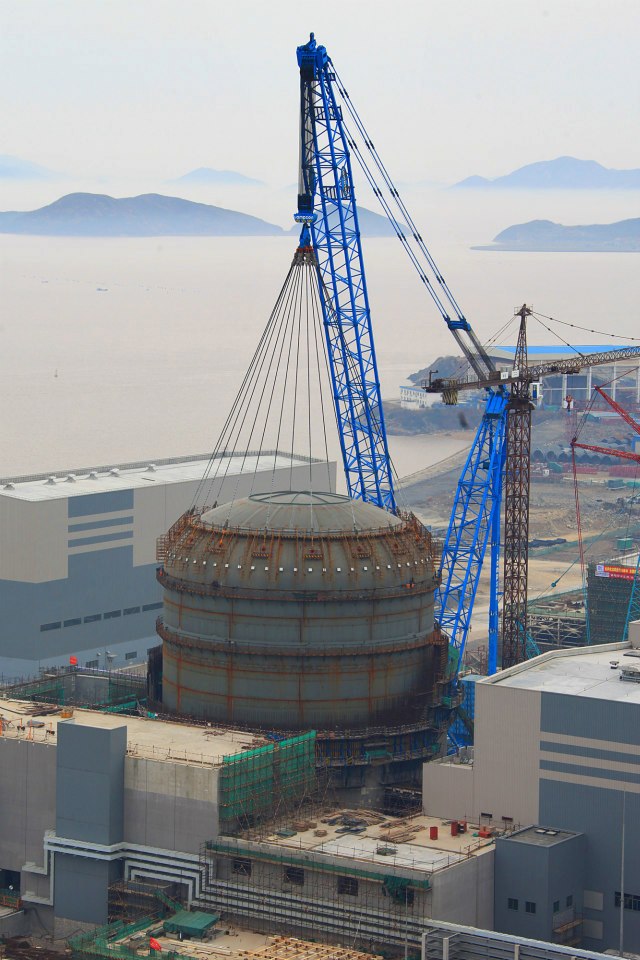 There has also been a lot of exciting recent news regarding the increasing number of environmentalists coming to the realization of nuclear power's environmental benefits, particularly reviews of the documentary that recently debuted at the Sundance Film Festival, Pandora's Promise. On that topic, The Breakthrough Institute's Michael Shellenberger appeared  last night on The Colbert Report (silent T's, of course) which you should be able to watch either below or at the Colbert Report site.