There was some somewhat bad news in the nuclear world this week. Duke Energy announced that the Crystal River Unit 3 (CR3) nuclear plant, that was obtained as part of the Duke-Progress merger, will be decommissioned rather than repaired after not operating since a 2009 outage.

During the 2009 outage, a hole had to cut in the containment to allow for new steam generators to be installed. As part of cutting the hole, the containment's concrete was cracked. An initial crack was repaired, but then in 2011, there was additional damage. This put Progress Energy, and following the merger Duke Energy, into the position of having a very tough decision to make of whether it would prove to be economical to repair the containment. It should be noted that the damage was not irreparable damage, but that the repairs carried enough uncertainty (both cost and schedule-wise) that the damage proved to be uneconomical to repair.

Since Crystal River 3 never came back online following that outage, the steam generators have never entered service and should be brand new for all intents and purposes. With such valuable pieces of equipment being free of any wear and tear (other than being welded into place within the CR3 reactor coolant system, feedwater system, auxiliary feedwater system, steam generator blowdown, and main steam systems), it would be nice if they could somehow be re-used somewhere for their designed purpose of generating steam (with zero emissions, of course).

Being the entrepreneurial thinker that I am, I spent a few minutes trying to think of a few options to re-use these very valuable components. Here are the 3 options, in the order in which they came to mind.

TVA had maintained the partially/mostly-completed plants at Bellefonte for quite a few years prior to cutting into their steam generators and selling the metal from the steam generator tubes in the 2006 or 2007 time-frame. With no tubes, a steam generator is basically worthless for its intended purpose. So, as one of the earliest steps following the August 2011 decision to complete construction of Unit 1 at Bellefonte, the procurement process for new steam generators was at least kick-started. I have no knowledge of how far along that process is, but I do know that Bellefonte, like CR3, is a B&W-designed plant. The 2 plants at least share the once-through steam generator (OTSG) aspect of their design. Sadly, the power level of Bellefonte is grossly mismatched from what the CR3 SGs were designed for (3,600 MWt vs. 2609 MWt , >1200 MWe vs. < 900 MWe, and 205 fuel assemblies vs. 177 fuel assemblies).

3. One of the 3 Duke-owned Units at Oconee

Ah, finally, this could be a great place to utilize this pair of enormous and valuable components - three units to pick from, B&W-designed, entered initial operation at almost the same time as Crystal River Unit 3, now owned by the same parent utility as CR3 following the Duke-Progress merger, and nearly exactly the same power level as CR3 (2,568 MWt vs. CR3's 2,609 MWt). But alas, the 3 units have had their SGs replaced since 2003, so with a good chemistry program in place to prevent corrosion, etc. the units at Oconee could very well not need new steam generators during the duration of the 20-year license extensions they have already received. Maybe they will need them during a subsequent 20-year renewal period.

So, maybe there is no good way to actually utilize the Crystal River Unit 3 steam generators at this time. The amount of work that would be required to remove them from CR3 and transport them to anywhere other than where they are positioned right now within the CR3 containment building would be considerably expensive, so the best place for them at this time is likely right where they are. Also, as the NEI blog, Nuclear Notes, noted in a posting on the same subject, who knows what the future might hold. Perhaps Rod Adams will prove prophetic in his bet with Steve Skutnik regarding natural gas prices and repairing Crystal River could make economical sense.
Posted by EntrepreNuke at 2:05 PM 7 comments:

After finishing up my evening run today, I came across an article about Universities preparing students to work within the coming domestic drone/unmanned aerial vehicle (UAV)/remotely-piloted aircraft industry. I don't anticipate this posting to be especially profound, but simply a slightly intriguing analogy.

Here is a link to the article.

So, if you've read many of my postings here, you're probably asking, "What in the world does this have to do with peaceful nuclear power?" Well, I am about to tell you. 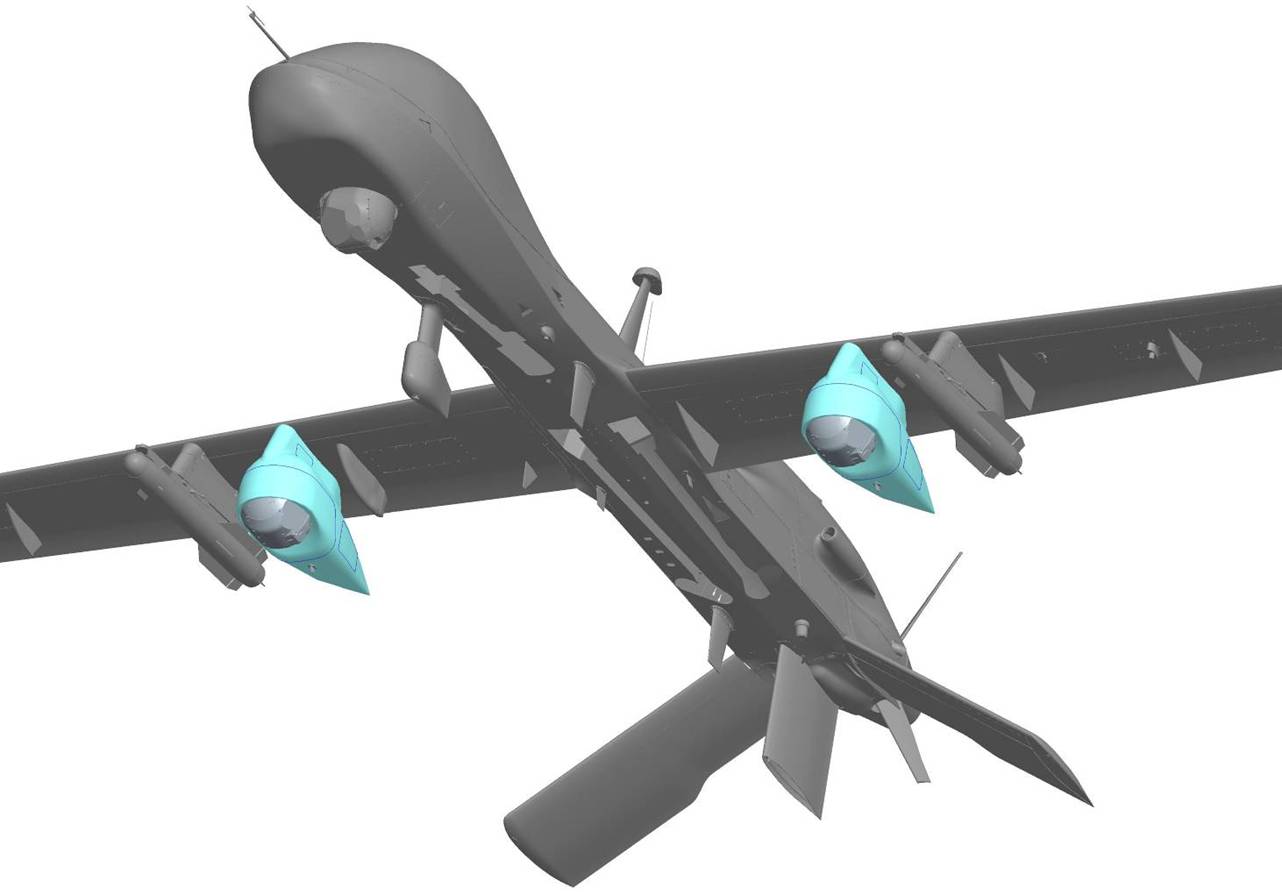 The main comparison that jumped out at me between the impending useful, economical, and peaceful uses of drones domestically and useful, economical, peaceful, atomic energy is that they have had and will continue to have perception problems to overcome. In general terms, these perception issues both stem from the same roots - that unmanned aerial vehicles and harnessing the power of the atom both made immense development strides solely due to military uses. Numerous other technologies that are now in use in everyday life share a comparable origin in terms of their militarily-derived developmental paths, but they have managed to not carry a stigma.

I anticipate that the term drone will carry more of a negative stigma than the acronym UAV and that UAV will carry more of a negative stigma than "remotely-piloted aircraft", despite them all being the same thing. For branding purposes, many domestic drone operations will probably jettison the term drone as quickly as possible. I don't have an immediate recommendation for a more publicly-accepted name for nuclear power, but going back to Dwight D. Eisenhower's Atoms for Peace program I like to emphasize here that nuclear power is a peaceful use of atomic energy.

Slight Aside: Consider this sentence my acknowledgement that there are definite privacy concerns to be hashed out relating to UAVs, but my purpose here is not to discuss those aspects.

I am not about to say that UAVs are going to come anywhere close to being as important to the global economies future as I believe nuclear power is and will be, but they will provide a lot of economical utility for legitimate, peaceful, and non-invasive purposes. Hopefully the stigma for both technologies can be lessened for the usages that deserve no stigma.

As I said, nothing profound, just an interesting analogy that I noted.
Posted by EntrepreNuke at 10:05 PM 1 comment: