Back in the far earlier days of Nuclear Power Plant design, I am afraid that the designers made an inadvertent mistake in naming a vital portion of their plants.

They named the interim storage areas for irradiated fuel assemblies Spent Fuel Pools. Here is a picture of one, I think from Catawba. 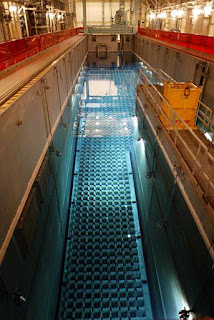 Recently, scaremongers have have been trumpeting outlandish imaginary scenarios relating to the Unit 4 Spent Fuel Pool at Fukushima Daiichi.  These postulated scenarios defy the laws of physics, to put things bluntly and simply.

Rod Adams has covered the issue here, and again a few days ago here with the video just below.

Leslie Corrice at Hiroshima Syndrome has also mentioned it.
Dan Yurman has talked about it.
And so has Steve Skutnik (both at his site The Neutron Economy and re-published at The Energy Collective)

UPDATE (May 16th lunchtime):
Will Davis has posted about the absence of the danger at the ANS Nuclear Cafe.
That brings me to the mistake that I think was made during the original design phase in regards to naming a portion of a nuclear power plant, The Spent Fuel Pool.

The term "Pool" very likely puts mental images like this into people's heads. 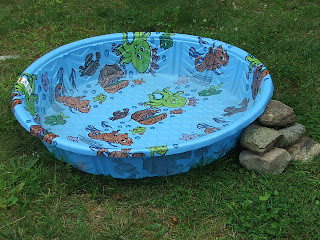 When you see a kiddie pool, I would bet that strength is far, far down the list of terms that would be associated with such a structure. The fact that mental images of weak structures like this can be so easily recalled is a primary reason that the fables ignoring physics that have been propagated by anti-nuclear activists in regards to Spent Fuel Pools can gain some traction with relative ease.

A more appropriate mental image for the robustness of the design of an actual Spent Fuel Pool could better be conveyed by the term VAULT. 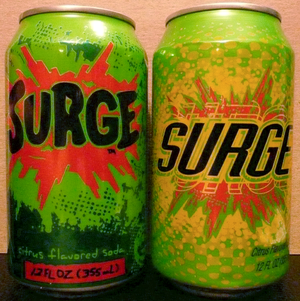 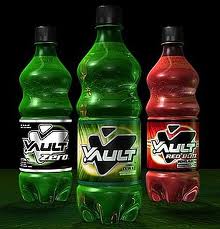 No, not that Vault. Besides, Surge was always considerably better anyway.Non-nuclear digression: Surge was likely the leading edge of the energy drink boom in America, which could be an interesting little business case study for someone. /End digression.


This type of Vault is more what I was thinking of. 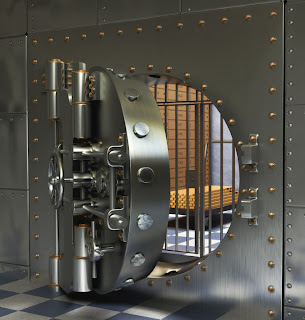 This type of vault conveys the strength that is inherent in the designs of nuclear power plant's spent fuel pools. Also, take a look at this picture of a pad of spent fuel casks (dry storage). 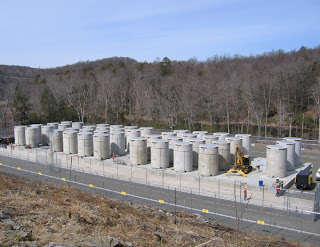 How much more difficult would it have been to cause people to be concerned about the Fukushima Daiichi Spent Fuel Pools if they had been named Vaults from the beginning, rather than merely Pools? My guess is that it would have been a bit more difficult.

The strength of the design is not the only reason that I think the term "VAULT" is apt for the interim storage locations for what I prefer to call partially-utilized spent fuel assemblies. The second reason is that the remaining energy content in fuel assemblies could potentially be extremely valuable someday. The presently typical "once-through" fuel cycle does not utilize anywhere close to the fuel energy potential of either the material within the fuel itself, nor especially of the mined uranium that the assemblies were made of. The term vault would help to convey that the PARTIALLY Spent Fuel Assemblies possess immense potential future value, possibly enough value to make the contents of the fortified structure pictured below pale in comparison (click on the picture if you don't recognize what it is). 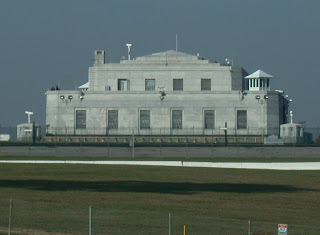 I would like to propose a method of remedying this historical oversight. As part of the mandated spent fuel changes as follow-up to the Fukushima-Daiichi incident, utilities can choose to "upgrade" existing SFPs to "vaults". In most cases, I would guess that this would require little, if any, physical changes, but would be a documentation only change. Perhaps the NEI or NRC might decide to set some standards/requirements for allowing utility to use the term "vault" in regards to a specific pool. Such a validation of the use of this revised terminology could provide a level of robustness, similar to the existing designs of these Spent Fuel Pools.

Making such a change could have a small effect of enhancing the public perception of safety, even if not appreciably increasing safety above the present level (how do you top zero spent fuel-related incidences at commercial plants?).

A further enhancement that I would like to see, but may fit better under the topic of a future post, is revising the "spent" part of the pools' name to "partially used". This would help convey the presence of the remaining energy potential of the fuel assemblies (which very likely would have already been put to use effectively, if not for the Jimmy Carter years).

In summary, the term Vault would convey two primary thoughts:

1. That the enclosed material is secure

2. That the material is still extremely valuable

Posted by EntrepreNuke at 12:51 PM